My understanding is that the TXV is controlled by a sensing bulb that sits at the exit of the evaporator to sense the superheat.
What is the purpose of the evaporator temperature sensor that connects into the electrical system of my Civic?
Thanks
Top

Charles5654 wrote: ↑Tue Mar 23, 2021 5:15 pm My understanding is that the TXV is controlled by a sensing bulb that sits at the exit of the evaporator to sense the superheat.

That's true with a TXV that uses a sensing bulb. Self-contained H-block TXV's do essentially the same thing but have internal sensing. However, superheat (and subcooling) are not typically used in mobile vehicle A/C systems due to their constantly changing conditions, as pointed out in other posts. The refrigerant amount in a MVAC system is charged exclusively by weight.

Charles5654 wrote: ↑Tue Mar 23, 2021 5:15 pmWhat is the purpose of the evaporator temperature sensor that connects into the electrical system of my Civic?

Unlike a (mechanical) TXV that regulates refrigerant flow, the (electrical) evaporator sensor or thermistor monitors evaporator temperature, turning the compressor clutch on and off at certain points so that the evaporator doesn't freeze up and block airflow.
Top

Thanks for explaining the function of the electrical evaporator sensor.
As far as the type of TXV in my 2002 Civic SI, I am not too sure at this time. I plan on taking a picture of the TXV the next time I have the panels that cover the TXV off.
From the attached 3 photos of a 2000 Civic (that I would expect to be similar to my car with regard to the AC system) it appears that the TXV has a sensing bulb. So my car set-up should be similar to the set-up of a residential unit.
Could you please clarify your statement ‘The refrigerant amount in a MVAC system is charged exclusively by weight’? Could you please explain the function of the equalizer (?) line between the valve and the evaporator discharge line in Photo3?
Many thanks 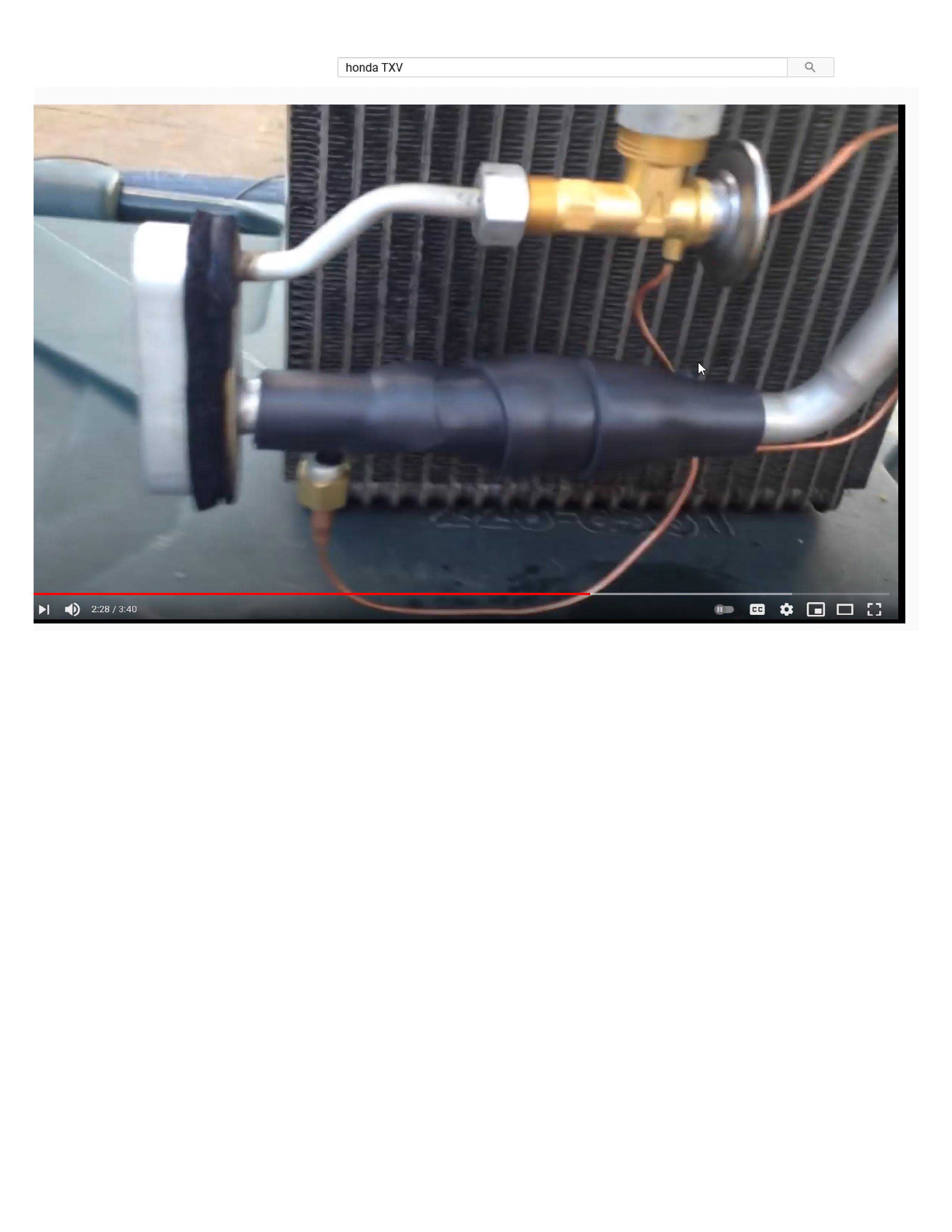 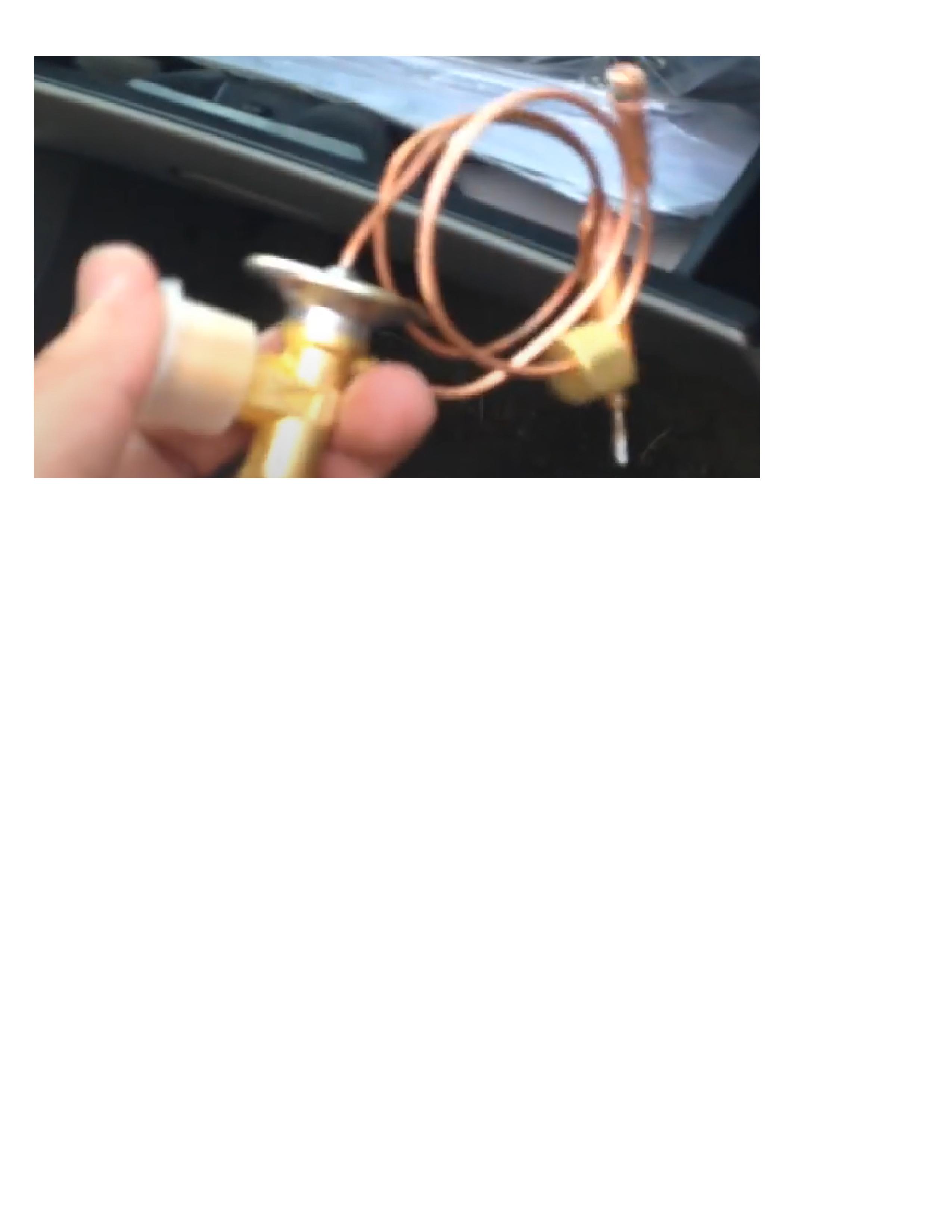 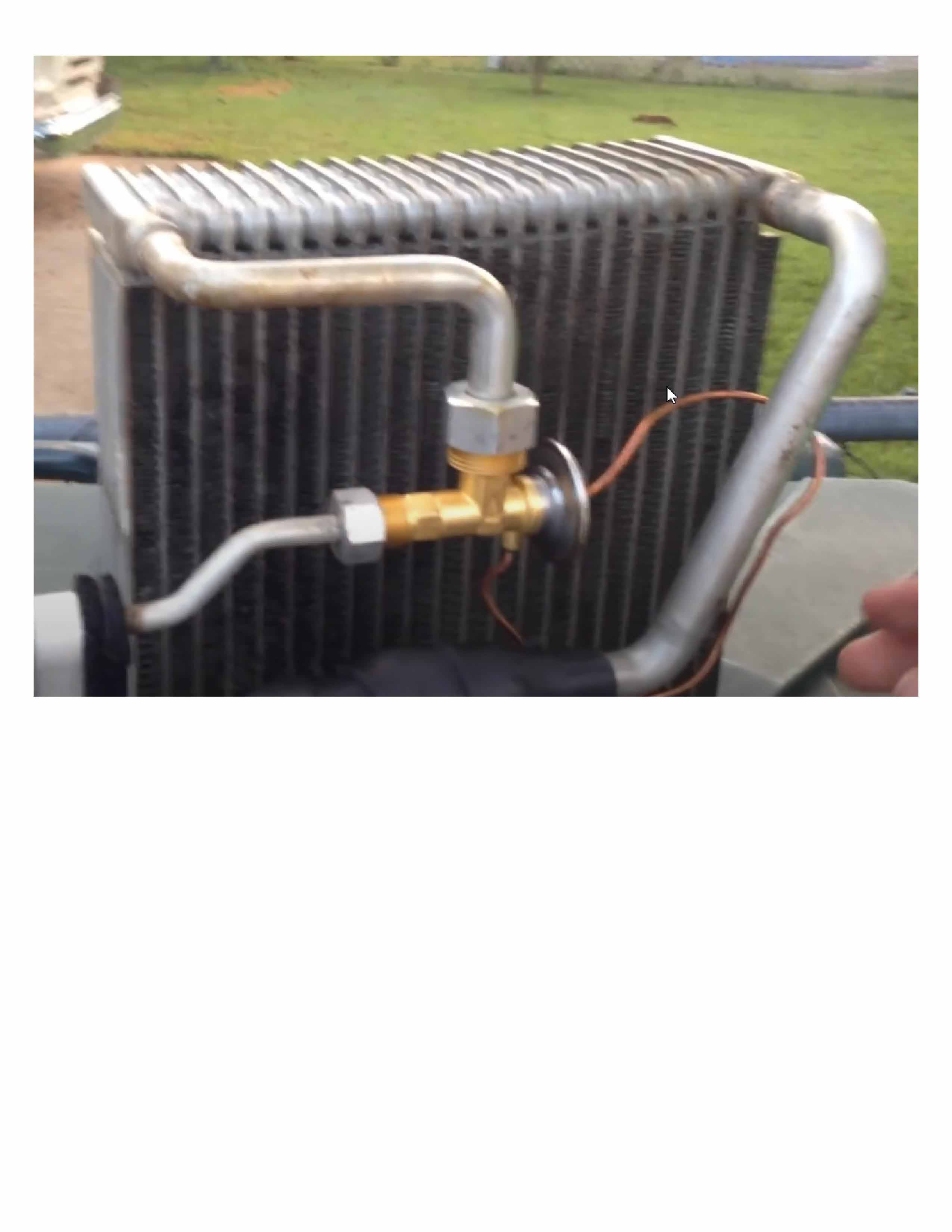 Charles5654 wrote: ↑Wed Mar 24, 2021 11:37 am Could you please clarify your statement ‘The refrigerant amount in a MVAC system is charged exclusively by weight’?

I don't work on residential or commercial A/C systems. But the way I understand it, refrigerant is charged into such systems until the optimum superheat and subcooling temperatures are reached. In MVAC, refrigerant is introduced into a system until the specified weight is reached using an accurate refrigerant scale.

Charles5654 wrote: ↑Wed Mar 24, 2021 11:37 amCould you please explain the function of the equalizer (?) line between the valve and the evaporator discharge line in Photo3?

Ahh...now you're entering into the realm of refrigeration theory.

Essentially, a TXV, which meters the flow of liquid refrigerant into the evaporator, is all about pressure relationships at three different points internally. The three pressure points interact with one another to achieve a correct balance which, as you'll see, is very important.

For the externally equalized TXV in your pictures, the equalization tube compensates for a slight pressure drop across the evaporator by providing "equalization" pressure from the evaporator suction line to the bottom of the TXV diaphragm. An internal superheat spring also acts on the bottom of the diaphragm. Both of these forces coordinate with the pressure at the top of the diaphragm generated by the sensing-bulb tube, thus controlling the needle-valve's throttling action.

This rather complex pressure relationship ensures that the correct amount of liquid refrigerant always enters the evaporator via the internal needle valve at any given time.
Top

Many thanks for your detailed answers to my questions!
Top

Your 2002 Civic should have the block type expansion valve. In that case, there's no equalizer line, yet the valve is still, technically speaking, externally equalized, since the refrigerant is directly able to exert force upon the diaphragm as it leaves the evaporator. Depending upon the valve's design, the refrigerant exchanges heat with the sensing charge through a bulb that protrudes inside the low pressure pathway from the disc or a thermal interface located upon the diaphragm, refrigerant side of course.

The TXV, as JohnHere said, is only able to regulate refrigerant flow.
But, the fact that superheat is hard to measure and actually quantify in MVAC won't necessarily imply that it won't matter.

Therefore, i'd add that, roughly speaking, the TXV is only able to regulate the extent to which the whole evaporator coil is filled with liquid refrigerant or two-phase refrigerant (a mix of liquid and vapor). That is to avoid using the term superheat, even though the extent i'm talking about is directly linked to the actual evaporator's superheat. It does so by running the evaporator's pressure through a system of forces and determining a final opening (or closing) force, as JohnHere described.

Having a "liquid head" near the evaporator's outlet is very different than having it right after its inlet.
In the former condition, the evaporator is running near 0 superheat. It's a "flooded" evaporator. Refrigerant has very little space left to pick additional heat after it managed to entirely turn into a vapour, hence the very little (if not absent) superheat. Practically speaking, the whole of the evaporator coil is filled with two-phase refrigerant, and therefore nearly the whole evaporator's surface is being used to exchange heat (the evaporator is being used to maximum capacity). The evaporator's pressure will be decreasing at a gentle rate as the compressor does its work. The oil return will also be optimal, since compressor oil dissolves in liquid refrigerant way easier than in vapor. However, losing control of this liquid flow can end up damaging the compressor (liquid refrigerant is obviously incompressible and, as i've said, it washes any oil away), so in this condition a properly functioning TXV still controls the flow so that very little (ideally, none) two-phase refrigerant makes its way to the compressor. This is the perfect condition in a low heat load scenario (a cold interior, or a rainy day, for example).

The TXV is what controls all of this. Sometimes, it just opens and closes in order to control to a fixed "evaporator fill" (what i think the proper MVAC equivalent of superheat is) and that's it, but that's rare occurrence since it's an inefficient approach.

Obviously enough, a TXV can do all of this only as long as it's receiving a liquid head as its feed. Flash gas at its inlet seriously hampers its operation.

The AC system has to be charged by weight, or else the TXV will malfunction and be unable to accomplish everything i've just explained. Basically speaking, too little refrigerant, and the evaporator will be starved when it's supposed to be flooded. Cooling capacity and compressor oil return will suffer accordingly.

Thank you for the clarification on the type of valve installed in my car and all the additional interesting information provided in your post.
Top
Post Reply
8 posts • Page 1 of 1