Anyone else here use the Four Seasons Deslugger???

I installed the Four Seasons Deslugger in 2015 on our 2005 Yukon with rear AC when I installed a new compressor (exiting compressor kept breaking the belt), as a precaution. I removed the Deslugger - which just installs in series to the compressor wires, custom end harnesses - about 3 weeks ago before I sold the 2005, and installed it onto our newly-acquired 2011 Yukon. 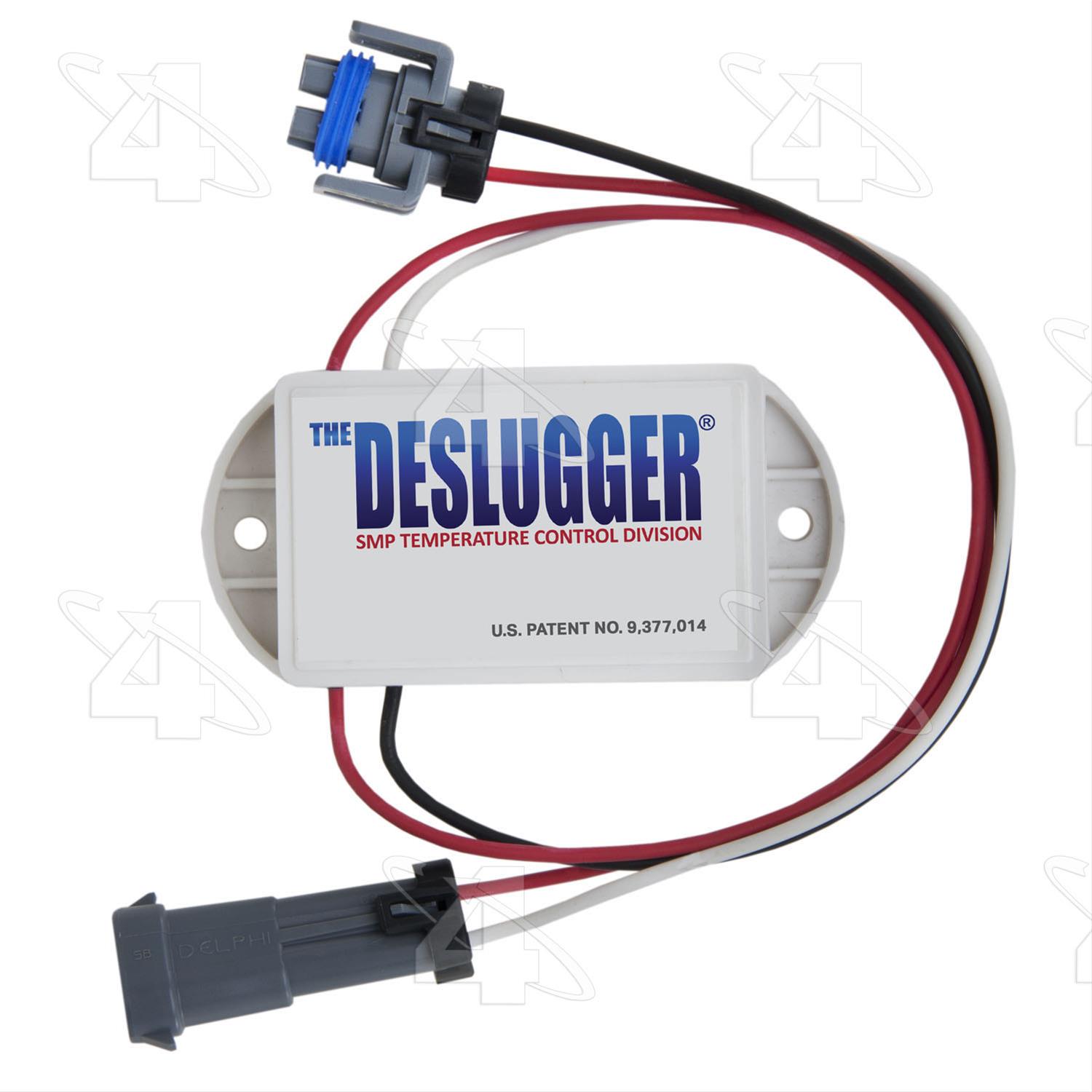 Compressors on many modern A/C systems are mounted low down on the engine. This location leaves the compressor prone to liquid “slugging.” When the vehicle sits, oil and liquid refrigerant collects in the compressor body. The result can be hydraulic lock with catastrophic compressor damage on initial compressor engagement. Four Seasons Problem Solving Part, the Deslugger, eliminates this issue.
Extend compressor life by eliminating liquid "slugging" with the Four Seasons Deslugger!

The Four Seasons Deslugger solves this liquid “slugging” problem by pulsing the compressor clutch multiple times during initial engagement. By gradually engaging the compressor, trapped liquid is gently moved out, preventing catastrophic hydraulic damage. Once the brief deslugging function is complete, the compressor reverts to normal cycling operation until the system has been off again for more than 30 minutes.

Sure looks like a good idea to me. Slugging is a potential issue whenever compressing a vapor.
Relevant industries besides MVAC are residential AC, internal combustion engines (coolant slugging from head gasket leak), steam engines (the hot steam condenses in the chamber on startup before everything is up to temp, and can gives pools of condensate in the chamber), etc etc
Top

Had a similar problem on an 08 Suburban 5.3L with rear air. It did not break the belt, it "threw' the belt even with a new GM tensioner and the best Gates belt. Installed the Four Seasons De Slugger and no more "thrown" belts. They do work and are worth the expense.
Top

I know a lot about small Jap cars and they like to use small displacement engines, fixed displacement (vane, piston, scroll) low mounted comps and Denso TXVs a lot for some reason. Slugging is never an issue there, otherwise you'd find these poor little things stalling all the time on the road.

Noticed they use a pretty low MOP on these TXVs, get cold spray on them and they will snap shut. Perhaps they're using a gas cross charge (they use these TXVs with a 5SE09C clutchless on the Euro assembled version of the Echo, so i guess it's a cross charge, and it has to be gas to attain MOP effect), and that's likely a way more effective way to fight slugging and the like. I'd like to try one of them on my ICVDC setup and see whether it fights with the control valve or not. I also have a higher MOP since the OEM TXV i'm using never closes fully, and i get some slug "bangs" (only one bang, however, not a "heavy machinegun" like show) every now and then (low mounted comp too in my case) when i turn it on first time in the day, but not an issue since it's a variable comp and it starts in lowest displacement by design (and not an oil overcharge issue since the old one used to do exactly the same even before beginning to tinker around parts and replacing oil amounts).

All in all, i think some MVAC systems have design flaws. One orifice tube on a pretty big evap, low mounted and pretty large fixed displacement piston comp... I guess there's a reason most makers, even Euro ones, are now using TXVs on both evaporators, as the Japanese have been doing for a long time ('95 Odyssey for example).
Top

Careful, even "slight" slugging on first start can be deleterious. Those compressor valves just don't like it.....
Top
Post Reply
5 posts • Page 1 of 1