Hi, I have a 2006 Jaguar XJ8, 4.2L with a recurring high side schrader valve issue. 2 years ago (almost to the day) I found my system had leaked out over the winter and was bone dry. The cause was a leaking high side valve. So I replaced the condenser/dryer, replaced the valve, evac'd and recharged. All was good until yesterday--I was poking around under the hood and noticed oil all over the high side port. Removing the cap I could even hear the leak hissing slightly. The ac still functions so it hasn't been leaking very long or it's been very small.

I do not believe there are any problems with the system pressures--when I had recharged it the high side was around 200psi which was expected based on the ambient temp.

I think the issue is just a cheap aftermarket part. The schrader I purchased was this "GDP" 1311574 cap/valve kit, which I see now is identical to the Four Seasons (bleh) and UAC parts shown on Rockauto. 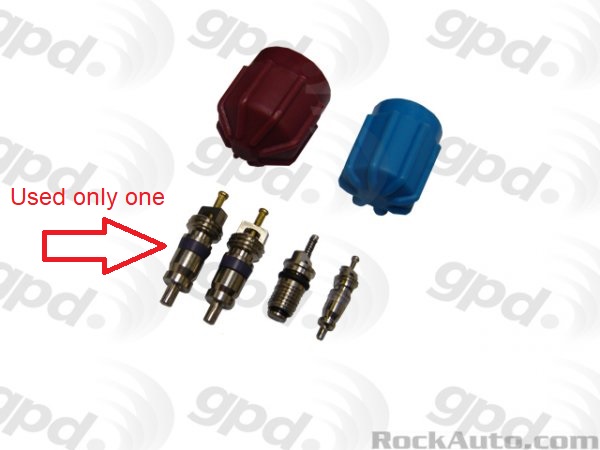 I can get an OEM schrader for a whopping $55 + shipping (I'm used to Jag prices after 10 years, but this is insane). 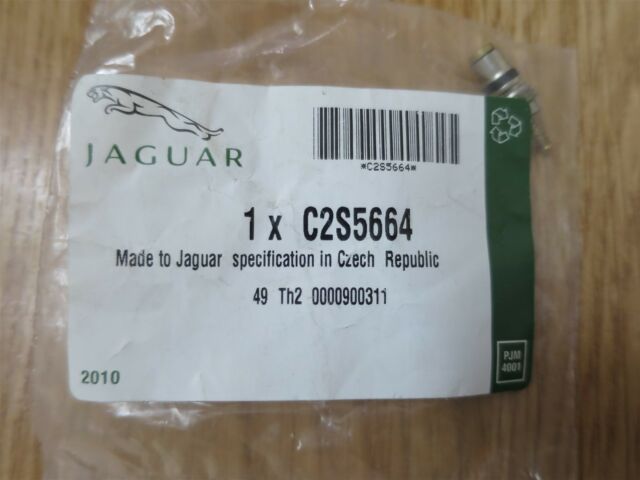 Is there a better alternative? I don't mind paying for a quality part, but I know that OEM schrader didn't cost $50+ to make. $45 of that cost is the baggie that says Jaguar. Any suggestions appreciated!

The aftermarket Schrader valve that you installed looks quite a bit different than the OEM part. Century Tool & Equipment might have one that better matches the OEM component.

Bear in mind that the cap is what does the sealing, not the Schrader. I would replace the cap as well, making sure that the internal o-ring is good and in place.
Top

Did you use one of the first 2 valves or the 3rd? Can't recall any complaints with the Santech JRA IMPORT
Valve Core.

I also don't see how they are identical. When I know the suppliers are different from some of your listed suppliers.

I used one of the first two (arrow pointing at one used). You and John are correct, they are not the same. I see that now that I'm looking at them side-by-side. The threads and the general fit are similar, but they are not identical.

I didn't realize there was that much difference. The schrader kit was sold as fitting the vehicle make/model. So sounds like I just bit the bullet, get the OEM valve core and a new cap?
Top

Nah...don't waste your money on an expensive OEM part if you don't have to. Check first with Century Tool & Equipment. They stock quite a few Schrader valves, one of which surely will match your original.
Top

Tim wrote: ↑Wed Mar 24, 2021 3:01 pm Why not just use the correct valve from the kit you have? Does not seem wise to buy anything if you never used the correct core. JMO

I think there is some confusion--I used the correct valve from the kit. However, there are major differences in how the OE and aftermarket parts are constructed. The length is not so much, as the valve goes into a straight 3" stub. But it appears the OE had a sealing material internal to the schrader (teflon or something). The aftermarket is a metal-on-metal sealing surface.

I found the original old schrader and took pictures to compare: 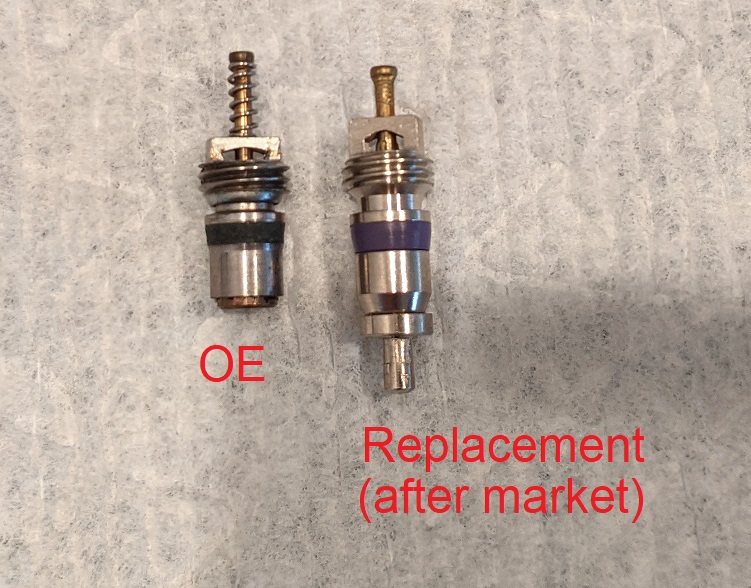 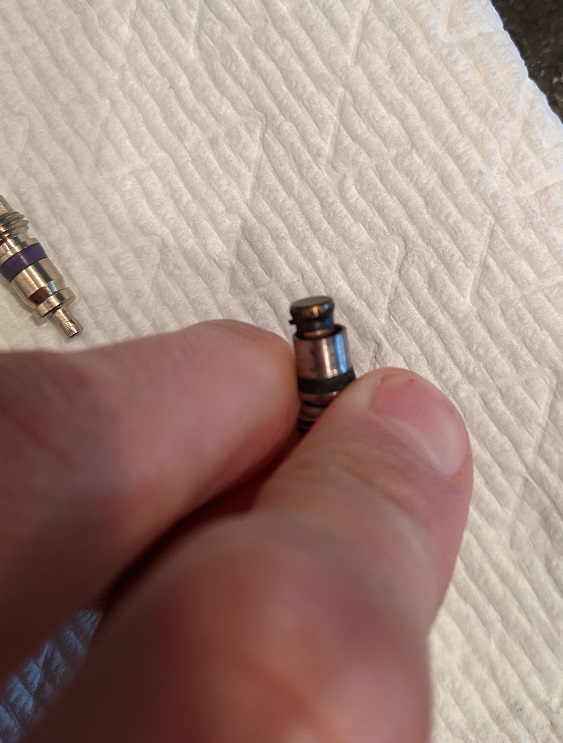 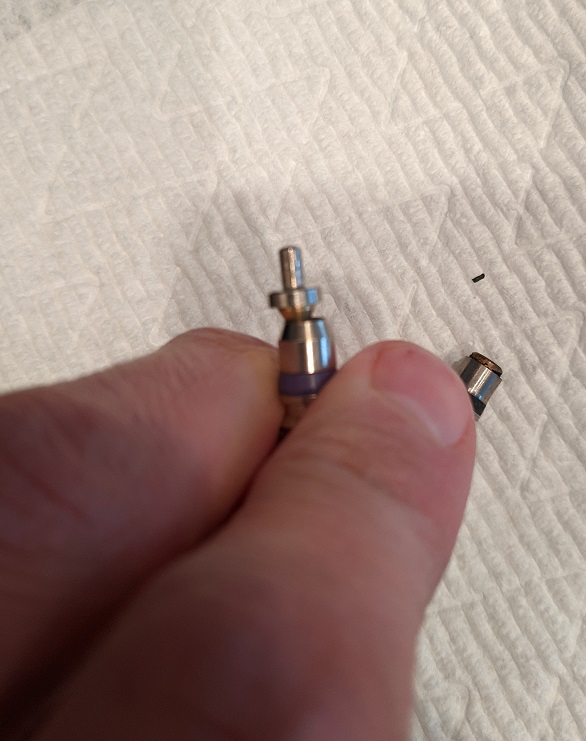 JohnHere wrote:Nah...don't waste your money on an expensive OEM part if you don't have to. Check first with Century Tool & Equipment. They stock quite a few Schrader valves, one of which surely will match your original.

Now that I have a better picture of the OE valve I'll try comparing to Century. I did check the cap and the oring is still there and it was closed tightly. I guess it will be worth spending a few dollars to replace the cap as well, if that is part of the problem.
Top

Ah... sorry, I see what you're saying now. The 3rd valve is much closer in form factor to the OE, but the threads are totally different. The largest 2 valves in the kit are the only ones that have the same threads. 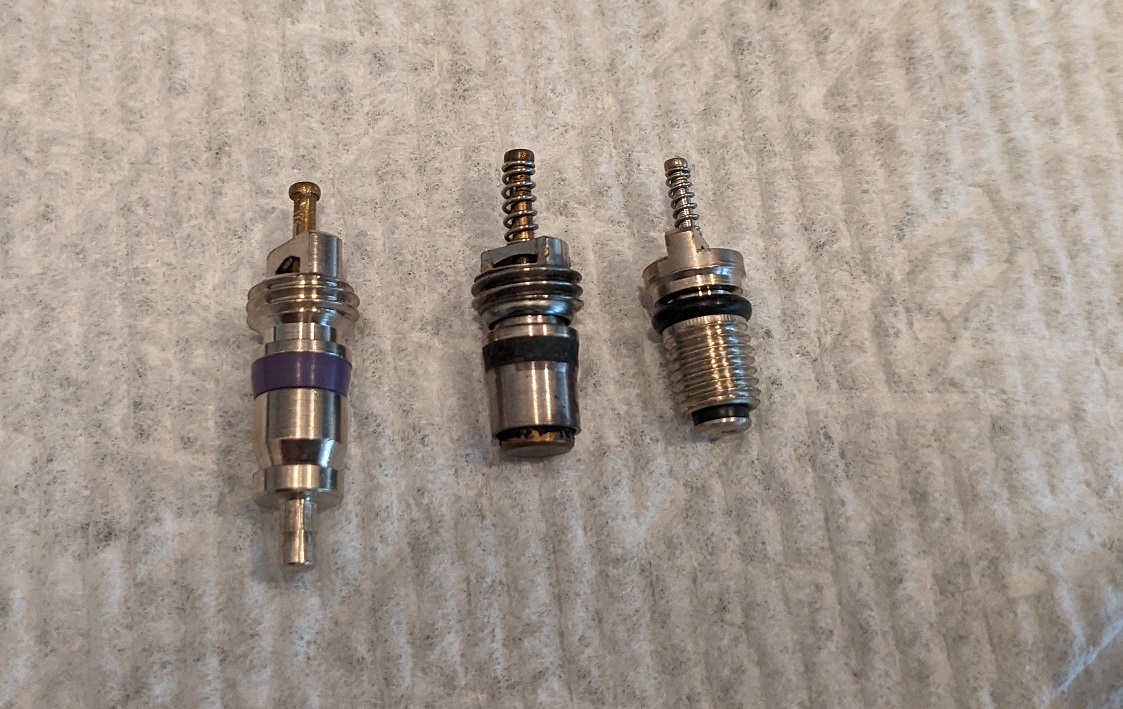